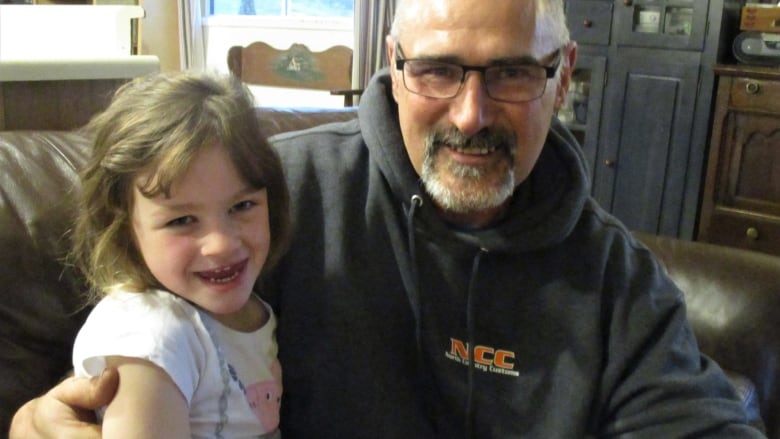 Calvin Stein likes to help people, even if it means putting himself in danger to protect complete strangers.

His altruism kicked into high gear on on July 9, 2016, when he ran straight into the path of runaway ponies to pick up a little girl and toss her to safety, only to get trampled himself.

Stein, 53, will accept the Stanhope Gold Medal from the Royal Humane Society this week. It’s the latest honour he’s received for his actions that day, which also include the Carnegie Medal for heroism and the Governor General’s medal of bravery.

“It’s just in my nature to help people,” says Stein. “If I’d have got killed that day, at least I died trying, because there’s no way I could have stood at my trailer and watched somebody get hurt or killed, and not do nothing.”

Stein and others like him chalk up their sense of selflessness to a simple desire to help others.

But according to new research, it goes deeper than that: people who perform extreme feats of altruism often have brains that are wired differently than the average person.

It was a hot, sunny July day at the Tweed agricultural fair in southern Ontario. Stein was watching the horse pull: two hefty ponies were harnessed together, ready to pull a weighted sled across a short distance.

To onlookers’ horror, the ponies broke free from their harness and bolted down the track, heading directly toward the crowd.

“I keep telling myself this isn’t going to end well,” said Stein. “I’m running as fast as I can. All I see is blonde curly hair.”

Stein rescued the girl, but the ponies slammed into him instead, hurling him into the air then dragging him along the dirt, leaving hoof prints on his back. A friend said he looked like a gymnast with his feet thrown over his head.

The girl, three-year-old Rylee Vilneff, got away with minor bumps and cuts.

Stein, however, suffered a brain injury in the collision. Almost two years later, he still has vision problems and severe headaches.He hears constant ringing in his ears. He hasn’t been able to return to work. It takes him twice as long to do farm chores. He can’t drive.

And then there are the nightmares: walking down a long hallway toward a bright light, into a room with a small, white gold-lined coffin. Blonde hair is just visible from inside it.

It’s a lot to deal with, but he’s determined. “My goal is to go back. I want to retire with dignity, and I will. I will get better, eventually, hopefully,” he said. “And if I don’t, it is what it is.”

This isn’t the first time Stein has saved a stranger’s life. Several years ago, a house across the lake from his cottage went up in flames, and he coaxed an anxious, injured senior down a pair of planks to safe ground.

Why risk your own life for a stranger?

In both incidents, why did he run toward danger when most of us would run away?

According to Stein’s friends and family, it’s just in his nature.

His wife Debbie credits his upbringing in a family with hard-working, altruistic parents and nine kids around animals and machinery who had to constantly watch out for each other.

Some people are wired for altruism

Environmental factors like Stein’s upbringing may help explain the actions of extreme altruists, but it’s not the whole story.

According to research by Abby Marsh, an associate professor of psychology at Georgetown University in Washington, parts of the brain might hold the remaining answers. 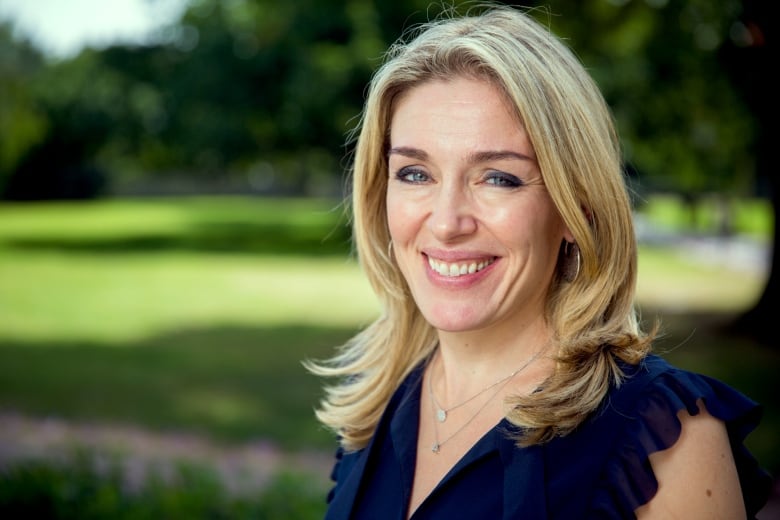 She started by studying the brains of people on the other end of the caring continuum: psychopaths. It turns out their amygdala, which is important in recognizing other people’s fear, is under-reactive and up to 20 per cent smaller than average.

In a study conducted for the Proceedings of the National Academy of Sciences (PNAS) in the U.S., Marsh and her team scanned the brains of 19 altruistic kidney donors and found the opposite.

Relative to a group of 20 control subjects, the donors’ amygdala was about eight per cent larger, and more reactive to others’ fear.

But how do you get from a strong response in the brain to seeing someone else’s fear, to actually helping them? It’s not totally clear yet, but her lab has discovered, through research with rats, that it has something to do with receptors in the amygdala for a hormone called oxytocin, which is responsible for generating maternal care.

Marsh’s interest in altruism traces back to when she was 19 years old, when a man risked his life dashing across a highway to save her from a car accident.

“It gave me a new sort of passion to try to understand what had happened to me better. I became very interested in what causes people to care about other people’s welfare,” she said.

Lauren Herschel likes that there could be a physiological reason to explain why she donated a kidney when she was 35. She’s one of only around 500 living donors across Canada, and in 2011, became the first to go through the process in Calgary without knowing the kidney’s recipient.

While many people responded positively, she got some negative feedback as well.

“A common theme is people didn’t understand why I’d do something like that. You know, put myself through major surgery, give up an organ, for somebody I didn’t know,” she wrote on her blog. “I think my mom must have asked me about six times: Who are you giving it to?” 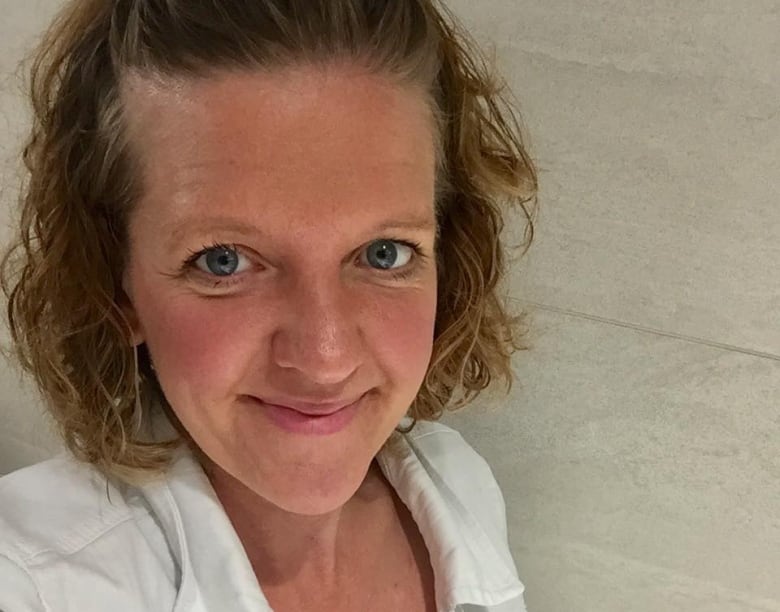 Herschel has different theories about the naysayers.

“When we see somebody doing a good thing, it does make us question our own actions,” she said. “So I think in some cases, it made people feel like they weren’t doing enough.”

For Herschel’s part, she figured that if she was physically able to donate and possibly save a life in the process, why not do it? Despite some minor side effects, she would do it again if she could. 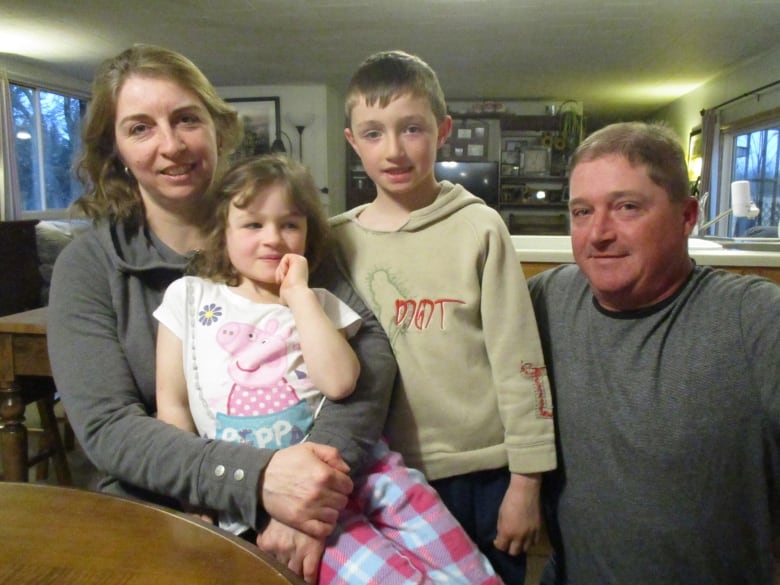 For Stein, that fateful day at the Tweed fair led to a lasting relationship with the little girl he rescued.

Rylee, now five years old, squeals in delight when he pops by to visit her, and her family.

Her father Terry Vilneff explains to Rylee that he’s the one who helped them out at the fair that day.

She gets it. When asked for a word to describe him, Rylee says “Kind,” in a tiny, gentle voice.

Calvin laughs, too. “I keep telling everyone that the good lord didn’t need me and the devil didn’t want me, because he knew I’d take over when I got there.”